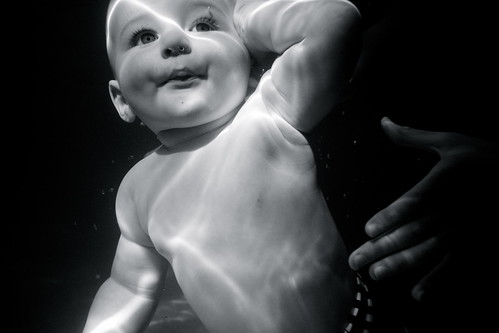 This story is why I listen to my editors. It originally came from a dream I had in which someone put a baby in the water, and the baby swam away like a fish. When I woke up I went back and tried to rationalize the image, trying to figure out why someone would make a baby able to breathe water. I wanted to keep the story on Earth – there are plenty of live-on-a-watery-planet stories already – so I thought about who, throughout history, has had to leave their homes most often, and the story unrolled fairly easily.
Except that when I sent the story to Pete Butler, for the Triangulation: Taking Flight anthology, he said that he liked the story but it was missing something, an added dimension or complication to give it more depth. I thought about that for a while and came up with the idea of the “ghost” of Yonah’s son confronting him as the story went on. Suddenly there was conflict in the story – between tradition and necessity, purity and survival – and Pete bought it, saying I'd managed to make the story read faster by adding word count. (There were two more quick rounds of edits to make the opening punchier, as well, but that change is basically what made the story work.)
So that’s why I listen to my editors: they make my stories better.
Posted by Matthew Johnson at 6:17 am