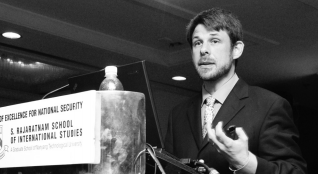 Matthew Johnson has been interviewed hundreds of times in print, radio and television. He has also presented to Parliamentary committees, academic conferences and governments and organizations around the world, frequently as a keynote speaker.

Speculative Fiction interview (this nine-part interview is one of the texts for a distance education course in SF offered by Ontario community colleges.)

The Politics of Surveillance Workshop: Advancing Democracy in a Surveillance Society. University of Ottawa, May 9 2014.

Cyberbullying and the Convention on the Rights of the Child. Senate Committee on Human Rights, April 30 2012.